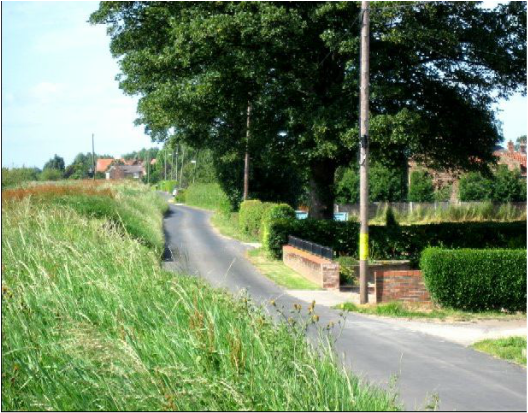 The village of Skelton lies on the east bank of the river Ouse, near Goole, and has a population of just over 100 people. The Romans were early settlers here, and the village was thriving during the survey for the Domesday Book.
In 1379, when Richard II levied poll tax to pay for his wars with the French, Skelton was recorded as having 137 people over the age of 15 years.
One mile to the south of the village lies Sand Hall, a large brick building erected in 1774. It was once a hunting lodge of the Kings of England. The estate belonged to the Schofield family.

Until the 1950s the village had a chapel, a school, two shops and a public house.