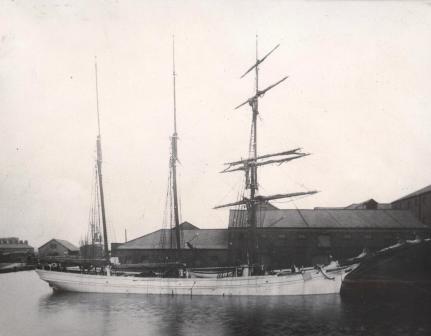 Golden Wedding was a white hulled, three-masted sailing ship of ship type Barquentine.  It was built in 1893 by William Caisley of Howdendyke, with sails supplied by Charles Carr of Goole.
The Golden Wedding was owned by George Kilner and Company and was named in celebration of the golden wedding anniversary of Mr & Mrs Kilner.

During her many voyages, The Golden Wedding made a few perilous Atlantic crossings.  During one such voyage, on the way from Cadiz to St Johns, Newfoundland, William Eyre, the son of Capt Eyre, fell from aloft in a storm, fracturing his leg and sustaining other injuries.  He suffered for 14 days until the ship docked at St Johns.

In 1907, the ship was driven ashore on the Mexican coast and wrecked during a severe storm at Chiltepec bar.